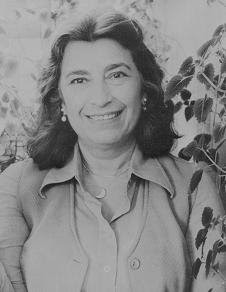 Rosetta Reitz died on November 1, 2008. In the last few years of her life she was working on her memoirs and was frustrated that she couldn't find an agent. She died surrounded by her three daughters.

Rosetta Reitz came to New York City in the mid-40s. She opened her avant garde bookshop on Greenwich Avenue, which soon became a hub for writers like e.e. cummings, James Merrill and Saul Bellow. She lived in Chelsea.

I came from Utica, N.Y. My family owned a bakery. After I went to the University of Wisconsin, I didn’t want to live the life I lived in Utica. For me, living in Greenwich Village was the only thing to do That was the place where there were writers and politics. For me, the best place to be was a bookstore. I went to the bookstore I admired most, the Gotham Book Mart. The owner had fought battles for “Lady Chatterley’s Lover” and “Ulysses” and won them both. It must have been my karma. I went in there and she adored me. 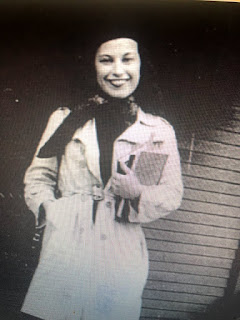 (Toshka Goldman at University of Wisconsin, 1945)


After four years, I scouted around and found my own location. I opened the Four Seasons Bookshop at 21 Greenwich Avenue. The rent was 45 dollars a month. I started the bookstore in 1947. At the time, New Directions was a small publishing house. They had a new Djuna Barnes novel then. She lived across the street at Patchin Place. She would come in the store, as would e.e. cummings and his wife Marion. Marion had long hair and she would come in and ask me to braid her hair. James Merrill and his prep school buddies would also hang out in the store.

My two most special authors, who I barely spoke to because I adored them so much, were Saul Bellow and Ralph Ellison. Both were teaching at NYU. They would meet at my bookstore because they took the subway up to the upper West Side together.

Anais Nin would stop by. She was such a pest. She always wanted me to introduce her to Richard Wright. She had written her first book for a real American publisher, “Ladders of Fire.” She conned me into throwing a book party for her.

One day, Anais stopped in when she was going for a walk. I don’t know how this came up, but she said to me, “I always put my diaphragm in before I go out. You never know who you are going to meet.” She was being very serious.

There was a new paperback translation out of Raymond Radiguet’s “Devil in the Flesh.” We were excited about the book. I think it was 1950. My future husband Robert Reitz found a department store mannequin without a head. He gave it a pointed beard and put it in the window. I opened the door Saturday morning and there was a cop standing in front of the window. When the store closed at 11 p.m., I was arrested for having an indecent window display. My lawyer bailed me out. The newspapers had a field day, running headlines like “Curvaceous Bookstore Owner and Devil in the Flesh.” The assistant district attorney was a literary guy. He knew it wasn’t a trashy book. The art critic Clement Greenberg was on the jury. We had artists as witnesses. The case was dismissed. It turned out the bishop had called the complaint in, because the display would corrupt the morals of local schoolchildren.
Posted by Dylan Foley at 5:32 PM