George Bartenieff fled Nazi Germany with his dancer parents in 1939. A classically trained Shakespearean actor, Bartenieff joined the Judson Poets Theater in 1962 and founded the Theater for the New City, which got it’s start in Westbeth in 1970. Bartenieff’s most recent project is a one-man show of Victor Klemperer’s Holocaust diary, “I Will Bear Witness,” written by his partner, the playwright Karen Malpede.

When I was 11, my mother took me to see a play of “Jack and the Beanstalk.” I turned to her and said, “This is what I want to do.” When I was 14, I got a role in a Broadway play directed by Harold Clurman called “The Whole World Over.” I was disillusioned with Broadway right away. I thought of becoming a cabinetmaker, a shoemaker or a tailor. I wanted to do something with my hands. I thought acting was stupid and silly, but at the same time I had a great Shakespeare passion. I went to London and studied at the Royal Academy of Dramatic Arts. I returned to New York in 1955 and did off-Broadway and regional theater.

In 1962, I bumped into a beat poet I knew on the street. He told me about Judson Poets Theater at Judson Church. I thought it was incredible. All the actors around me were poets, writers, composers. They were all brilliant. Between the 1960s to the 1970s, it was an incredible explosion and synthesis of the arts. Judson became a focal point where all the arts came together. Dance became a generator of a lot of other interactions. The visual arts were mixed with poetry and theater. To me, it was heaven. I threw everything out the window. We were paid nothing. It was like we’d all been released from prison.

I had been part of all these theater companies that had great hopes and desires. These companies did not deliver on these wonderful ideas. With my then-partner Crystal Field, Larry Kornfeld and Theo Barnes, we said, “Let’s stop complaining and open a theater.” We wanted to create a theater that would not bullshit, that would only deliver what it said it would deliver. I wanted to continue the synthesis of the art disciplines. We were not to be a theater that happened to be in Greenwich village. We had to be the theater of Greenwich Village.

We got the space in Westbeth. It was a raw space that hadn’t been used since Bell Labs abandoned it. We had “beer and apple” painting parties. Sweat equity means “for nothing.” We got all our seating off the street, from churches throwing out these wonderful seating units. We started with one space, then two, then three. We had the whole building.

There was a big drama. We got the place rent-free for the first 18 months. The Westbeth tenants went through the roof, because they had been promised that the rent from our building would subsidize their rents. They said, “You’ve got to kick them out immediately.” Mrs. Kaplan, who had given us the space, told us, “You’ve got to leave.” I said, “Yeah, but we ain’t got no place to go and we’ve got a lease.” They left us alone. We later moved to the ballroom in an old Swedish officers’ club on Jane Street. It is a story fit for a musical.
Posted by Dylan Foley at 2:27 PM 1 comment: 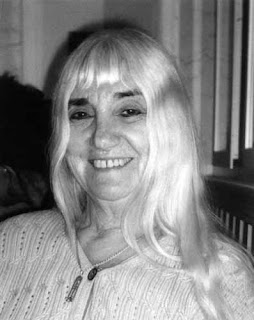 Harriet Sohmers Zwerling has been an editor, a teacher, a nude model and a writer. She has also been a one-woman sexual revolution, whose lovers included Susan Sontag, the playwright Irene Fornes and editor Bill Ward. Raised on the Upper West Side and educated at Berkeley, Black Mountain College and NYU, Zwerling lives in Stuyvesantown. She is the author of “Notes of a Nude Model.”

I’m in this documentary called “Still Doing It,” about the sex lives of older women. People stop me on the street. I’m really becoming famous. I’ve been around a long time. I’m 77. It blows my mind.

When I got to Paris in 1950, I had $200 in my pocket. You could live on $50 a month. I was supposedly studying at the Sorbonne. I lived with this Swedish guy in the old bohemian Paris. We had no running water, no heat or electricity. It was primitive and great.

In 1959, I went to Provincetown. I met Bill Ward and he invited me to move in with him. He had a magazine called the “Provincetown Review.” I became the assistant editor. I started modeling in Provincetown, It was easy and my mind was free. Back in New York, the Cedar Bar was in full bloom. It was really alive. We all smoked pot. We had these big bashes to raise money for the magazine. We had the Hubert Selby scandal. We published his short story “Tra-La-La” and had an obscenity trial in Provincetown. I was banned from the town.

Bill and I were both screwing around. Those were the days. I was with the artist Emilio Cruz in the Cedar Bar one night. I went to the john and this drunk out of his mind, handsome guy came over and asked Emilio how much money it would take for me to go back to his hotel with him. I came back, Emilio and I laughed about it and we decided on 30 dollars. I went back to his hotel room. He was bombed, so nothing happened. That was Louie Zwerling, the man I married.

The scene changed. It got tame. My son Milo was born in ‘63 and that cramped my style. I still was having a lot of affairs. Having a husband that was a merchant seaman was great.

I became a schoolteacher in ‘68. I taught for 28 years in Greenpoint, an ugly, racist Polish and Irish neighborhood. I am financially secure. It was completely by accident.

People don’t know what the term “bohemian” means nowadays. To me, it is very important but it doesn’t exist anymore. First, a bohemian is a person who doesn’t give a fuck about money. Second, a bohemian doesn’t give a fuck about the majority way of living. I take these classes at the New School with these young kids. They are worried about everything. “How could you go to Paris by yourself with no money?’” The young people are not the way we used to be. They don’t fuck. Where is the adventure? We didn’t care about money. We didn’t care about real estate. The kids today only care about real estate.
Posted by Dylan Foley at 1:43 PM 1 comment: