Jack Kerouac and Gore Vidal Hook Up in the Village 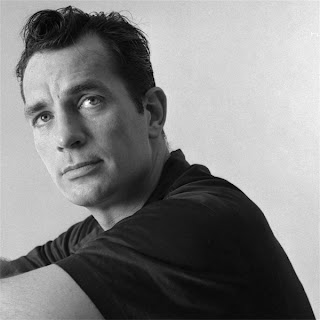 (Gore Vidal, bottom, and Jack Kerouac, top, though Vidal claims it was the other way around )

Jack Kerouac was known for his willingness to sleep with anything, though he preferred to live off various women while writing his novels. The story of Kerouac and the writer Gore Vidal hooking up in the Village in 1953 is a legend that is off the literary radar. Vidal has been boasting about the event for the last three or four decades, but the poet Allen Ginsberg denied that his friend and Vidal ever had intercourse. Here is the story:


Gore Vidal first met Jack Kerouac in 1949 at the Metropolitan Opera when Kerouac was on the cusp of publishing his first novel, The Town and the City, and Vidal had just published The City and the Pillar with its controversial and explicit depictions of gay sex. According to Vidal, Kerouac was with his publisher from Harcourt Brace, a man who Vidal claimed had paid both Kerouac and Neal Cassady for sex. Vidal and Kerouac flirted, but nothing happened.

Things were different the next time they met on August 23, 1953. “As everybody knows, I fucked Kerouac,” said Vidal in a 1994 interview. “He rang me and said, ‘I got a friend. He’s a junkie and he killed his wife, and he wants to meet you,’ referring to Burroughs. Burroughs had a sexual interest in Vidal, so Kerouac was bringing them together.

Vidal met Kerouac and Burroughs at the San Remo. In Palimpest, Vidal’s memoir, he devoted 10 pages to describing his final meeting with Allen Ginsberg in 1994, and how the two men discussed what happened that August night with Kerouac. “Jack bought Burroughs and me together at the San Remo, on the edge of Greenwich Village,” wrote Vidal. “Hot night. Jack was manic. Sea captain’s hat. T-shirt. Like Marlon Brando in Streetcar. Drinking beer. Burroughs looked like a traveling salesman who had traveled too far in a wrinkled gray suit. He had published a good novel, Junkie under the name William Lee....Bill was quiet. Jack was loud. I suppose he was drunk.” Instead of letting Burroughs make a pass at Vidal, Kerouac started flirting with Vidal himself.

Vidal noted that almost everything that happened that night, except for graphic descriptions of sex, were described almost word for word in Kerouac’s novel The Subterraneans. “In fact, everything is verbatim from our meeting at the San Remo and our visit at Tony Pastor’s, a dyke hangout, and then, outside on a streetcorner, as Jack, with one arm, swinging his body round and round on a lamppost, a Tarzan move that caused Burroughs to leave us in disgust.

“I said I was heading uptown. I was staying at my father’s apartment, but Jack had other ideas. ‘Let’s go get a room around here.’ The first law of sex is never go to bed with a drunk. Corollary to this universal maxim was my own fetish--never have sex with anyone older. I was twenty-eight. Jack was thirty-one.

“At the nearby Chelsea Hotel, each signed his own name,” wrote Vidal. “Grandly, I told the bemused clerk that this register would become famous...I’ve often wondered what did happen to it...Lust aside, we both thought, even then (this was before On the Road), that we owed it to literary history to couple.”

According to Vidal, the two writers had intercourse. In the morning, Vidal wrote, “We had woken up on a low double bed...Jack was hungover. After we had dressed, he said he would have to take the subway back to wherever he was living with a black girl,” who would be Alene Lee, the woman who inspired The Subterraneans. “Only I don’t have money,” said Kerouac. “I gave him a dollar, and said ‘Now you owe me a dollar,’ which he reports in The Subterraneans.

In the novel, Kerouac wrote of the Vidal encounter, “[He] is a well-known and perfectly obvious homosexual of the first water, my roaring brain---we go to his suite in some hotel--I wake up in the morning on the couch, filled with the horrible recognition, ‘I didn’t go back to Mardou’s at all.’”

Forty-one years later, Ginsberg told Vidal that “’Jack was rather proud of the fact that he blew you.’ Allen sounded a bit sad as we assembled our common memories over tea in the Hollywood Hills,” wrote Vidal. “I said that I had heard that Jack had announced this momentous feat to the entire clientele of the San Remo Bar, to the consternation of one of the customers, an advertising man from Westinghouse, the firm that paid for the program Studio One, where I had only begun to make a living as a TV playwright.” The forlorn ad man was reputed to have said to Vidal, “I don’t think this is such a good advertisement for you, not to mention Westinghouse.”

Alene Lee had a great description of the Remo as a self-conscious environment where everyone was watching each other. “The San Remo used to be very crowded,” said Lee. “Two girls used to come in, they wore very heavy eye makeup and they had bangs--very attractive--and they used to sit on a low refrigerator unit in the corner of the bar, a large room filled with over a hundred people, peeking out and looking at everything. We used to call them birdwatchers.

“We were all like that,” said Lee. “We were standing there on the black-and-white tile squares, like a checkerboard where you take up a position.” Lee claimed years later that she tried to stop Kerouac from hooking up with Vidal. “I remember Gore Vidal standing at the bar and leaning, with one foot on the rail,”said Lee. “I’ve got to see Gore Vidal!” said Kerouac, according to Lee. “It’s a historic literary occasion.”

“We went outside where we had this little scene,” said Lee. “I tried to drag him away so he wouldn’t go on drinking all night.” Lee could not stop the momentum of history
Posted by Dylan Foley at 7:17 AM 4 comments: